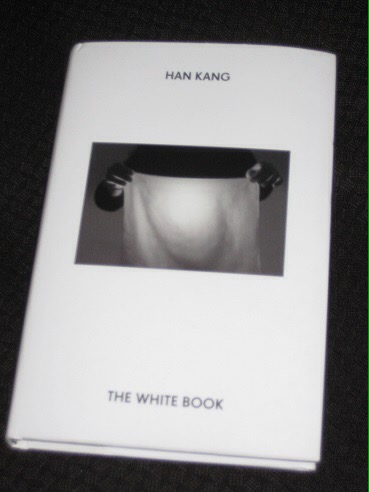 Can I be honest? Up to December, things were looking quite bleak for a possible winner of Book of the Year 2017. It wasn’t because I’d read less: Goodreads, a site to keep track of your reading history, told me I’d read more than in most years of this decade. Still, not much jumped out – most books had been awarded three or four stars, so my taste hadn’t gone off either.

Before announcing the winner – not a real surprise given the picture on the left (yes, I found a way to add new pictures) or the title of this piece – let’s briefly mention the runners-up. The Familiar by Mark Z. Danielewski is a book project of 27 volumes (hopefully) and last year volumes 4 and 5 were released. To be honest, Hades wasn’t my favourite book in the series, but volume 5 (Redwood) reads a lot faster than youd’d expect from the 880 pages of each volume has. A reading experience with a unique look, the book is experimental in look and lay-out, The Familiar is not as tough a read as some might expect.

Honourable mention n°2 is It’s not me, it’s you by Stephanie Kate Strohm. Highly enjoyable! Student Avery Dennis has to do an oral history project about something that happened in modern history and interview some eyewitnesses. Avery has a peculiar pick: recently dumped by her boyfriend just before the prom, Avery decides to find out why she can’t keep her boyfriends (even though she’s usually the one to end the relationships). And so she decides that her project should be about her dating history. What makes Strohm’s book such fun, is the way it’s written: like a word per word account, a tapescript occasionally interrupted by an author’s note in italics (the author being Avery and not Ms. Strohm, as you clever readers would’ve understood without this bracketed addition, without any doubt). Sure, the plot is quite obvious (the prom problems will get solved and near the end Avery will understand that geeky friend who’s accompanying her all the time is boyfriend material), but it’s the way to the climax that makes It’s not me… such a nice read. Trouble is, when looking at the author’s biography, we found another novel written in the same style (of tapescripts with notes) and that made us enjoy this book just a bit less.

But once December reared its murky head, along came a book that did tick the buttons: four stars, but also somewhat different from the rest. And that is how Han Kang‘s The White Book earned the award of book of the year.

To begin with, it’s not easy to categorize the book. The texts look more like poems than a novel, but poems, they are not. Perhaps, the best description would be musings. A collection of musings. Which is how the book starts: the narrator lists a series of white things. Objects or events that she links to the colour white. From sugar cubes to the bandages wrapped around a newborn child.

Later in the book, we discover the baby connection is not that random and that the narrator tells the story of an older sister, who only spent a couple of hours on this planet and of her mother, who was desperate to keep the baby alive. Had it not been for the death of this infant and another baby that didn’t survive, she would never have been born, Kang tells us. And thus the book tells us of the fate of this older sister, while at the same time being a dialogue with the unlucky baby.

The White Book isn’t told chronologically and the story is occasionally interrupted by pictures (see left – picture by Connor). The musings are brief, often less than a page. And because the next story always begins on the right side of the book, there is a lot of white in the book. (Hence the link some people make with poetry.) And while that slows down your reading, it also makes you savour the text more. Makes you think about the colour white and the many associations.

Han Kang won the Booker Prize in 2016 with The Vegetarian. This book is quite different from that award-winning book or Human Acts, but that is what makes it stand out. We have read and bought a lot of literature, poetry and books about poetry, but we didn’t have a book like The White Book. Another gap filled and, because of that, another award given. Book of 2017 is Han Kang’s The white book.

And if you excuse us, we have lots of Black Mirror and movies to catch up on.